Juvenile Northern Cardinals can be tricky to identify - as they sport tan feathers with slight streaks of red plumage, and only a faint sign of a crest. Michael Clay Smith / iStock / Getty Images Plus

When it’s time for baby birds to leave the nest, keep a lookout in your backyard for juvenile birds interacting with their parents. Here are five juvenile birds to watch for at the feeder, what they look like and what to expect.

Cardinals are one of our most beloved birds, but juvenile cardinals can be tricky to identify. When they make their post-nest debut, they sport tan streaky feathers with faint traces of reddish plumage and the tiniest hint of a crest. As summer goes on, males start showing mottled red plumage as their mature feathers grow in.

When chickadees are old enough to leave the nest, they look a great deal like fully-fledged adults, with a few scruffs and ruffled feathers. But they’re pretty easy to find. Just watch for small groups of chickadees chirping and hopping around in your backyard trees. Then when Mom and Dad capture an insect, the youngsters go from chatter to begging, with wide-open beaks, waving wings, and raspy calls. 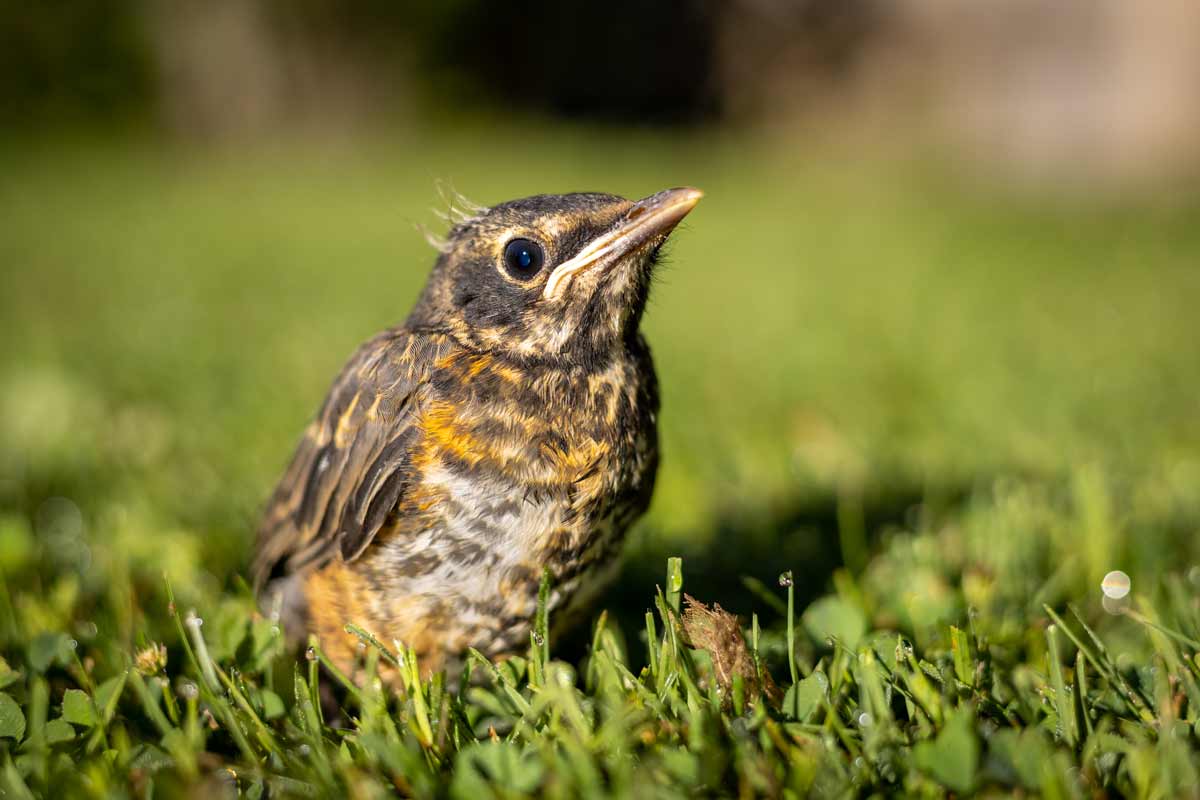 The American Robin in its juvenile state is easy to identify with its bright yellow beak and speckled plumage. Jamie Spagnolo / iStock / Getty Images Plus

With their specked breasts and the prominent yellow bills, it’s easy to get a positive ID on a juvenile robin even if Mom and Dad aren’t around. Their first two weeks out of the nest will find them spending more time hopping around on the ground rather than flying, because their wings are still maturing. But don’t get too close, or Mom and Dad will swoop in protectively.

Juvenile orioles look like the work in progress they are. Male youngsters sport the similar yellow-orange and gray coloring as the females. Because they’re immature fliers, camouflage is critical to their survival. 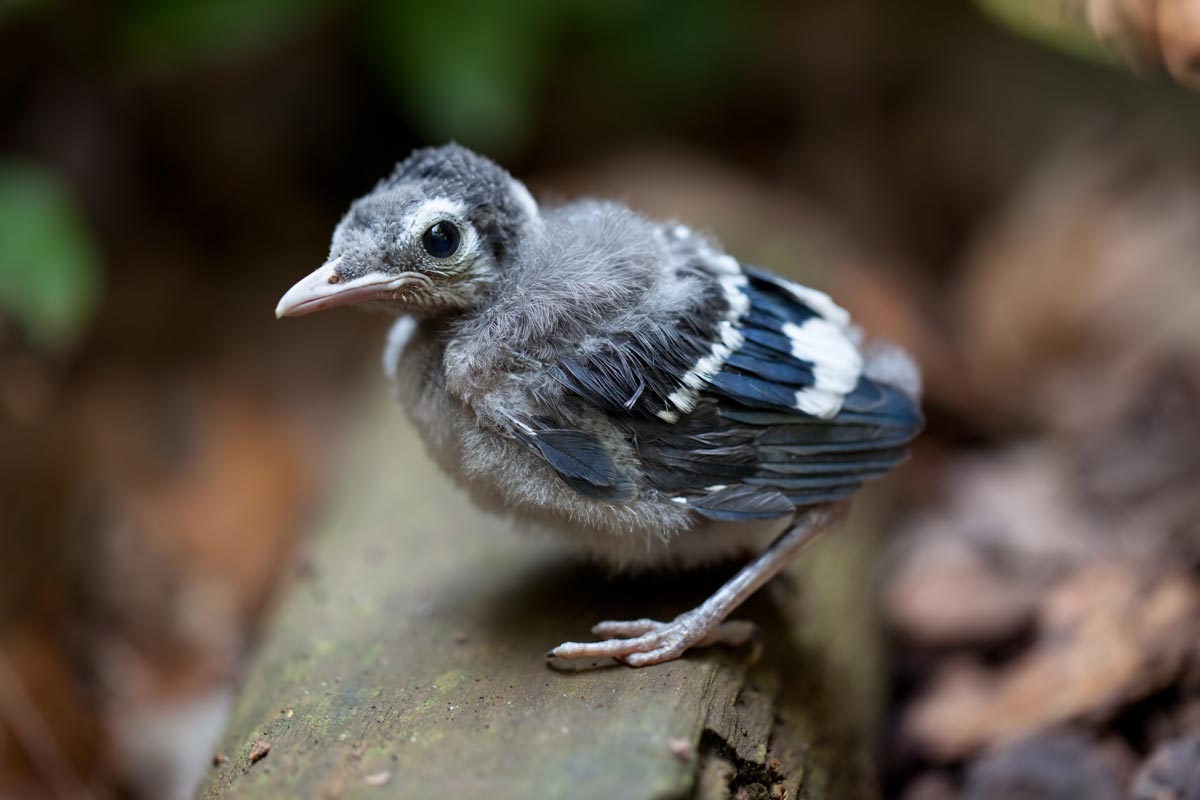 Blue Jay juveniles are very similar looking compared to their parents, with the biggest difference being that they are smaller, scruffier, fluffier, and lacking their notable crest of feathers on their head. Eurobanks / iStock / Getty Images Plus

To draw in the family flock, try filling your feeder with a shell-free mix, like Lyric Fine Tunes No Waste Mix. The finely cut pieces of nuts and seeds are well suited to smaller beaks without leaving a mess on your deck or lawn.

Baby Birds: When to Help, When to Back Off

Have you ever seen a baby bird on the ground, and you weren’t sure what to do with it? Read about when it is best to seek help, and when it’s best to leave it be.

The Juvenile Stage: What Happens When Baby Birds Leave the Nest?

What comes between infancy and adulthood in birds? Learn about the growth that takes place for birds in the juvenile stage.