Get To Know the Gray Catbird 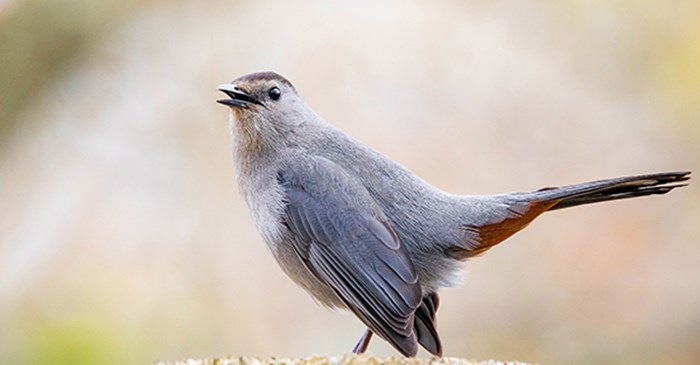 Gray Catbirds are a common songbird throughout much of the U.S. and are known for their unique call. Their population is also growing in certain parts of the country, so chances of seeing these birds in the wild are increasing for active birders and backyard feeder watchers alike. In case you do cross paths, here’s some information to help you get to know the Gray Catbird. 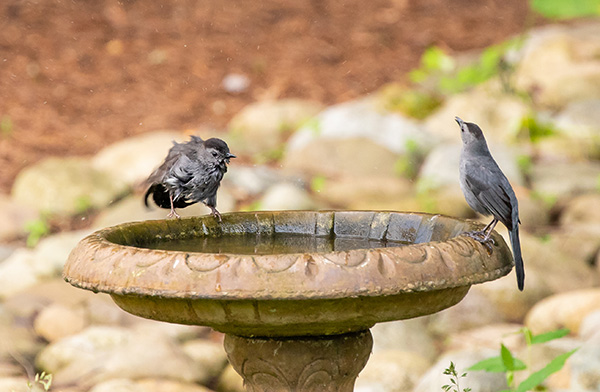 How to identify Gray Catbirds

Both male and female Gray Catbirds are almost entirely gray, and it can be very difficult to tell the genders apart by sight alone. Gray Catbirds also have a small black cap on their head, a darker, sometimes black tail and a patch of brownish-red underneath their tail. Juveniles tend to have even less variation in their plumage than adults and appear almost completely gray.

Given their rather plain markings, Gray Catbirds are often easiest to spot by listening for their distinctive call. Many people think their call sounds like a cat “mewing” or crying out, which is where the birds get their name. They are also enthusiastic singers and their songs have been known to last upwards of 10 minutes.

Where do Gray Catbirds live?

The Gray Catbird’s natural habitat covers the majority of the continental U.S., essentially including everywhere except California and parts of the southwest. They will often migrate to the southern U.S. or the tropics, but some have been known to spend the winter in more northern areas.

Gray Catbirds tend to spend most of their time in thick shrubs and other dense undergrowth where they actively move about from branch to branch. They can occasionally be seen out in the open jerking their tail enthusiastically. 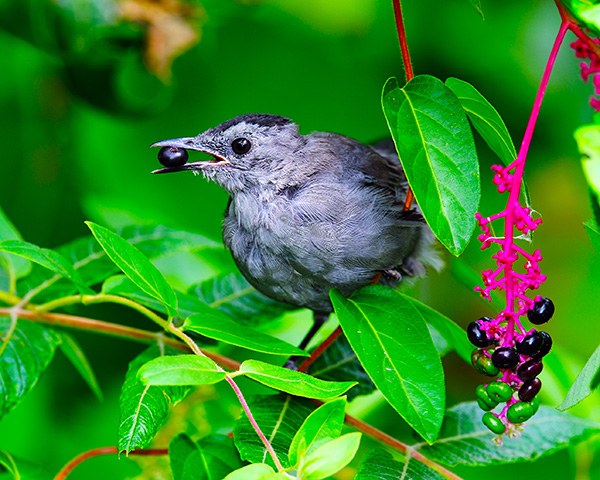 What do Gray Catbirds eat?

Gray Catbirds are known as ground foragers that eat mostly insects and can often be found looking for food under fallen leaves. They also have a strong appetite for berries and will eat directly from bushes or trees.

Gray Catbirds will eat from backyard feeders, especially ones that contain fruit. They have also been seen at feeders eating a wide range of human foods, including things like cheese, cooked vegetables, doughnuts and cereal.

If you’d like to attract Gray Catbirds to your home bird feeder, consider a bird seed mix that contains fruit like Lyric Fruit and Nut High Energy Mix or the popular Lyric Fine Tunes No Waste Mix.

How to Choose the Right Feeder for Your Yard

Why are there so many kinds of feeders? And does it matter which one you choose?

How Birds Navigate & Their Inner GPS

Ever wonder how birds find their way home each year after migrating for the winter? Read about their inner GPS and what factors affect their navigation abilities.